by admin on September 23, 2015 in Blog
Queen Elizabeth Olympic Stadium, in London, United Kingdom, is a sporting complex situated to the east of the city adjacent to the Stratford City. It contains several sporting venues including the Olympic Stadium and London Aquatics Centre, besides the London Olympics Media Centre. 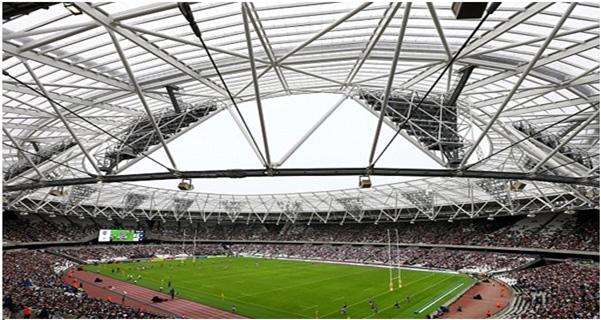 1) London City Airport – It is very near to stadium, 6miles away from stadium.

3) Luton Airport – Queen Elizabeth stadium is 50 miles away from this airport.

Looking for bed and breakfast near Queen Elizabeth stadium then here are the best hotels near to stadium through which you know every prime position of match and they are so close to sightseeing places in London.

Staybridge Suites London Stratford is in the heart of Europe’s largest shopping centre and is one of the onsite hotels for the 2012 Olympic Village. An on-site fitness centre is available, and free Wi-Fi is provided in each air-conditioned apartment

Relax in one of 600 Premier Inn hotels with a comfortable king-sized bed and on-site restaurant. The hotel features a Thyme restaurant serving breakfast, lunch and dinners, fully air conditioned en-suite bedrooms and wireless Internet throughout.

Things To See And Do Around Queen Elizabeth Olympic Stadium:

It’s well worth heading out to sample the atmosphere before or after the match. Top attractions near Queen Elizabeth stadium,

Theatre Royal Stratford East is a theatre in Stratford. Since 1953, it has been the home of the Theatre Workshop Company.

The ArcelorMittal Orbit is a 114.5 meter tall sculpture and observation tower.

The London Aquatics Centre is an indoor facility with two 50-metre swimming pools and a 25-metre.

Westfield Stratford City is a shopping centre. It is the third-largest shopping centre in the United Kingdom by retail space behind the Metro Centre and the Trafford Centre.