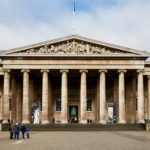 A trip to London will not complete without a visit to one of the many museums and galleries in the best museum in London is The British Museum. It is a treasure trove for anyone interested in the history of mankind which has a huge collection of objects preserving culture, art, and human history. Never miss the opportunity to chart… Read more → 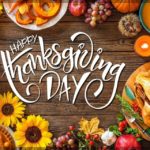 Thanksgiving is a fabulous American and Canadian fiesta where people take some time and gives thanks for all the glorious things in their lives. Thanksgiving is not officially a holiday in the UK, but there are plenty of reasons to celebrate this day in London. Also, there is a wealth of restaurants and bars across the capital paying the homage… Read more →

Olympia London is the UK’s largest covered show centre is an exhibition and conference centre, which also host numerous events. It is positioned at the heart of West Kensington, London, England. Olympia Lonodon is built in 1886 and is previously known as National Agricultural Hall which then changed as Olympia. This has an incredible 6,70,000 sq feet which can handle… Read more →

London is the best place where you can find the real treat for museums is a popular destination among London’s many attractions. There are hundreds of national museums to choose from that include the British Museum, the Science Museum, and the Natural History Museum, Weird museums specializing in cartoons, advertising, medicine, toys, and Freud. There are more than 170 of… Read more → 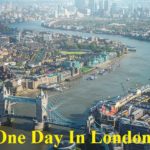 Best places to visit for One Day trip in London

Are you planning to visit London? But for only one day, no worries. Even it is not a long time to spend in London. But you can see a lot of London’s highlights even in such a short space of time. This may be an excellent way to begin a more extended trip around the UK or to see some… Read more →

Lord’s Cricket stadium is the place where the world cup 2019 is going to held in July 2019. It is also known as the “Home of Cricket” and contains the world’s oldest sporting museum. The museum is included as part of the Lord’s Tour, which opens seven days a week. Here in the article, we will discuss the top Restaurants… Read more → 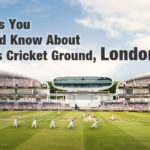 Things You Should Know About Lord’s Cricket Ground, London

About the Lords Cricket Stadium, London Lord’s London Cricket Stadium ground has quite a history. It is over two hundred years old, is known as the ‘Home of Cricket’ and contains the worlds oldest sporting museum. All this makes it one of the most iconic stadiums in the world, and the walk to and from the Victoria pavilion is one… Read more → 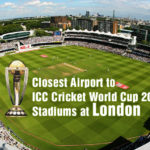 The world’s largest cricket celebration is coming to Cardiff in 2019! For those who are not aware of ICC Cricket World Cup, 2019 will be hosted jointly by England and Wales that takes place from 30 May to 14 July 2019. The world cup will be held for 45 days at 11 venues, and the battle will be between 10… Read more → 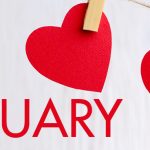 Things to do in London in February 2019

Since a few months, we are scared to come out due to this severe winter. And now its time to come out as winter is almost over, and there are lots of amazing things to do in London this February. Must see places at London Chinese New Year: Let’s join in London’s spectacular Chinese New Year celebrations, which known as… Read more → 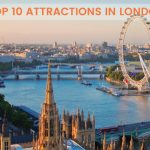 Are you planning to visit the London then it wouldn’t be complete without seeing the top 10 attractions in London. Ensure to tick the top things to see in London off your list. From the modern Coca-cola London Eye to the Historic Tower of London, the top 10 tourist temptations in London are a must-see on any London sightseeing trip.… Read more →

We travelled to London last Month and we booked London Airportransfers services to reach our hotel from Heathrow airport. It was our first time in London, and it was bit confusing after coming out of the airport. But the driver was already standing outside,he assisted us guiding areas to visit. We received very professional service and wonderful ride. - Lily Doel
prevnext
Cookies Consent We and carefully selected third parties have to collect some data while you use this website. We’d like your consent to collect data to help us study how people use our site and other services. Select Accept if it's OK. Select Change Settings if you’d rather choose. Change this at any time.
Accept
Read more