Best places to visit for One Day trip in London

Are you planning to visit London? But for only one day, no worries. Even it is not a long time to spend in London. But you can see a lot of London’s highlights even in such a short space of time. This may be an excellent way to begin a more extended trip around the UK or to see some of London’s top eyesight if you have less hours stopover in one day of London’s airports.

Here in this post, that’s what exactly going to help you do. We are going to take a look at some of the favorite sights in London, capital of the UK. This guide you on what to do in London in a day makes for the perfect day exploring London.

Here is the list of Tourist sights to see in London in one day.

Now let’s see how that appears in our complete London 1 day itinerary.  Here in the below section, we mentioned the detailed guide to what to do in London for a day. 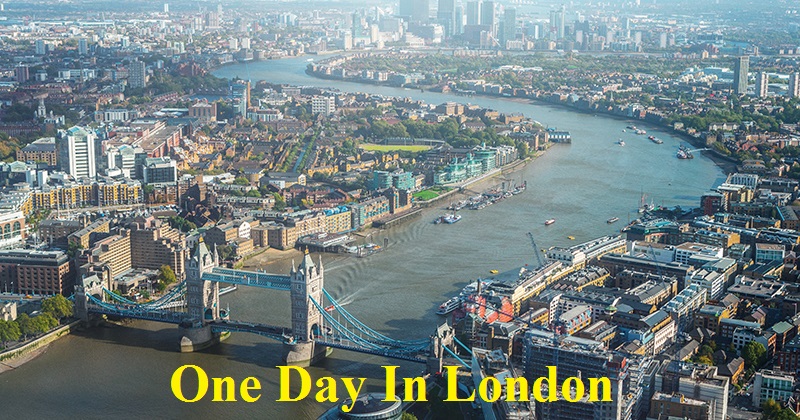 The Tower of London:

Take a trip with one of the Yeoman Warders about the Tower of London, one of the world’s most prestigious buildings. It is the Royal Palace. Explore all there is to see, from the tower to the execution block, to the crown jewels. Even you might take the chance to see the Thames on Tower Bridge, the most famous of London’s bridges.

The South Bank in London:

Once passing Tower Bridge, the South Bank will be there. The name came as it is on the south bank of the River Thames. Very near to it, you will find the military museum in London and also London’s City Hall.

Crossing the Westminster Bridge, you will reach the London Eye the place where you can see and enjoy the best views of the city and travel to some of London’s most famous sites such as Tower of London, Buckingham Palace, Westminster Abbey, St Paul’s Cathedral and Trafalgar Square.

The House of Parliament in London:

To reach House of Parliament you can opt either by walk or by boat ride. Which is also known as Big Ben and the Home to the English Lawmakers.

Buckingham Palace is the place where the beautiful queen lives and she does to have several despite lovely houses to live in, the most famous of which is, of course, Buckingham Palace. You can gaze through the railings to watch the changing of the guard.

One of London’s most unique squares. After rambling around and taking a few photos, head to the neoclassical architecture that looks onto Trafalgar Square. This is the National Gallery, one of the UK’s most famous and well-known museums that houses a collection of over 2300 paintings.

Convent Garden is a place where full of shops, theatres, and restaurants, where you spend most of the time. You find the best restaurant of your liking. This is also where you’ll find Leicester Square, that is famous as where major films are first shown in the UK.

Staying in London for one day:

If you are staying in London for one day, the places as mentioned above are the preferable sights to see. If you plan to sojourn more than a day, there are more other sites to see and visit. We suggest you go to the Old Operating Theatre, the oldest emergency room in Europe, the renowned Madame Tussauds wax museum, the Globe Theatre, where Shakespeare’s fame grew as screenwriter and actor or one of the world’s most famous war museums, the Imperial War Museum.

London Airportransfer is the leading airport transfer service provider to and from the airport. We provide the best premium London Airport services with all the comfort levels to the customers. Book now here at our website.