With so much going on in July, it is difficult to understand from exactly where to start! Sports galore, pop-ups to boot and all fresco events are highlights of this month – we’re big fans of July. So whether you’re looking for the best place to catch the sports action or just looking to kick back and enjoy the sun (god damn it it’ll stay), we’ve put together a package of the best events and parties that are going ahead throughout the month. 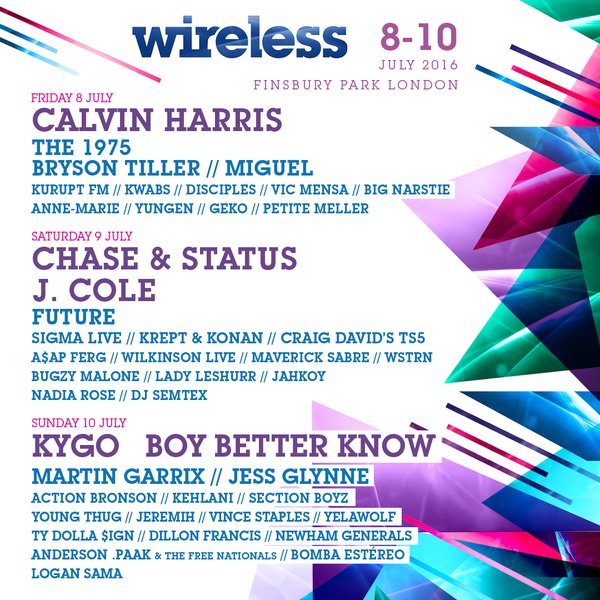 Wireless Festival 2016 returns back to London’s Finsbury Park for three outstanding days starting in July, bringing outstanding Icon of Music, Pop, Dance, R&B to strengthen its reputation in City Highlights.  Wireless festival is fun and undeniably at the cutting edge of Modern music.

With Stunning Music at Wireless Festival, there are a range of great places in London to explore, eat, drink and chill out around London Park.

London Indian Film Festival (LIFF) is back to London for celebrating its successive 101 years of Indian Cinema. It is Europe’s Largest Indian Film Festival supporting the best independent films which includes comedy, thriller, documentaries and drama from both acclaimed as well as new film makers.

Its fifth edition and second year at BFI Southbank London for Indian films and the films screened are a wide range of South Asian Languages. This year it is lined up with spectacular talks of South Indian Superstar Kamal Hassan, Director Shekhar Kapoor, famous for his Elizabeth films, a special woman with movie camera debate and also check out double Oscar winner Sharmeen Obaid Chinoy.

London Airport Transfers will provide you the airport transfer services to reach BFI Southbank London on time from any London airport. Our services are available 24*7 at competitive prices. 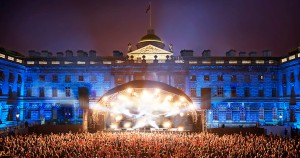 Series returns to Somerset House this July for 11 nights of Live Music show at the iconic London location. Londoners love the venue for offering all the open-air excitement of a festival stage right in the center of the capital. This year’s line-up is littered with big names and fantastic talents Hiatus Kaiyote, Paul Heaton and Jacqui Abbott, Benjamin Clementine, Laura Mvula, Everything, James Morrison, Courtney Barnett, Caravan palace, Jack Savoretti, St Germain and Unkle Redux. 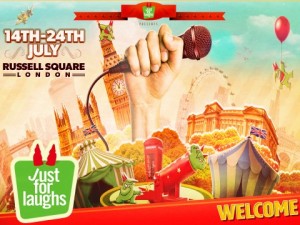 A brand new experience Just for Laughs London coming to Russell square this summer. It is a celebration of best live music, comedy, theatrical shows and other family programs.

Enjoy 12 days comedy and entertainment festival in and around Russell square. It brings together street performers, stand-up comedians, cabaret, magicians and art installations. Stand-up star Jim Jefferies headlines the festival, joined by London’s very own Gina Yashere and magician and comedian Piff, the Magic Dragon. Additionally, catch the incredible illusions show, Champions of Magic, hear Eddie the Eagle’s hilarious anecdotes as he recounts his story and discover a curious mix of improv and hypnosis by Whose Line Is It Anyway Colin Mochrie.

Get your tickets to see the main performances in venues located around the square, including the atmospheric Paradiso Spiegeltent, new venue The Mix and 900-seat Logan Hall.

Our London Airport Transfers are going to provide their services to reach Russell Square, Bloomsbury safely from all London airports.

The London Anniversary Games is one of the best athletics meet in the world and biggest sports event in Britain during summer, at Queen Elizabeth Olympic Park. The Olympic Stadium plays host to the prestigious IAAF Diamond League meet and the IPC Grand Prix Final, incorporated into Saturday’s program.

World’s fastest man and World Record holder Usain Bolt will alight the London Anniversary Games, along with many of the world’s top athletes and Paralympic stars such as David Weir, Jonnie Peacock and Hannah Cockroft, before they head to Rio for the Olympic and Paralympic Games.

This Event hosts an electrifying performances from Bolt and many more global stars, as this will be the last chance for athletes to showcase the final presentations on their preparations for the Olympic stage

Explore the ZSL Zoo after the sun comes down. At Sunset Safari, visitors will be able to have a glimpse at tiger prowling at twilight and giraffes turn and encounter more than 700 fascinating species for nightly adventures.

There will also be animal themed acrobats, face painting, smooth jazz, acoustic performances and delicious food on offer from around the world in the street food festival and there will also be a late night Conservation Comedy event, with the likes of Rufus Hound, Katy Brand, Stewart Lee and Robin Ince performing.