A trip to London will not complete without a visit to one of the many museums and galleries in the best museum in London is The British Museum. It is a treasure trove for anyone interested in the history of mankind which has a huge collection of objects preserving culture, art, and human history. Never miss the opportunity to chart over 500 years of artistic inspiration between East and West. it is one of the world’s oldest museums and has the largest and most famous collections of antiques in the world.

The museum has over 5 million annual visitors that makes the third most visited museum in the world after Louvre in Paris and New York’s Metropolitan Museum. This British Museum was established in 1753 and was opened to the public on 15 January 1759. It has the collection of Sir Hans Sloane a physician and collector who desired the artefacts he acquired to last after his death. He collected 400,000 books and antiques from Greece, Rome, Egypt, the Middle East, and America. 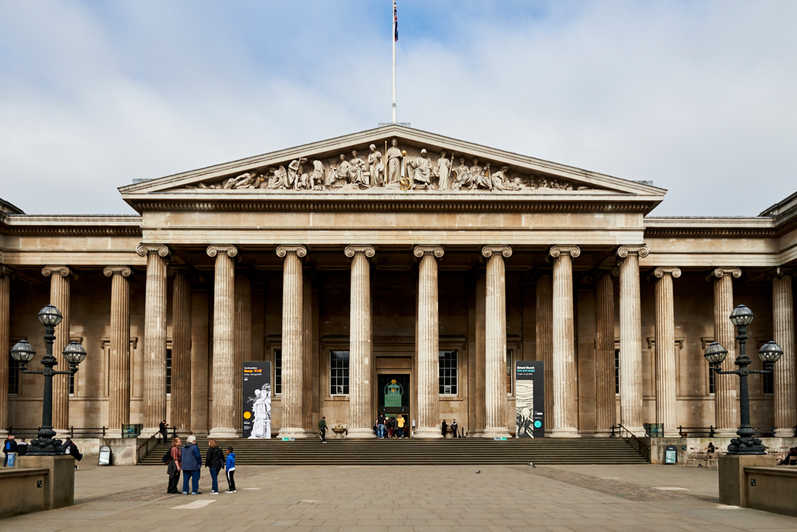 The tickets can be booked online via the official website or call on – +44 (0)20 7323 8000. The tickets will be valid only for the number of persons, the date and the entry time slot stated on its. During your visit, you must retain your tickets for the production on demand to the representatives. The tickets cannot be refunded. The exhibition ends on January 26. The ticket cost will be £14 and the member under 16s free.

British Museum from and to London City Airport:

London City Airport is the nearest airport to the British Museum and it takes approx. 23mins via A1203 as it is 9.1miles away from London City airport.

British Museum from and to Heathrow airport:

British Museum from and to Gatwick airport:

To reach the British Museum from Gatwick airport it takes approx. 1hr 3min via M23 and A23 as it is 28.5miles away.

British Museum from and to Stansted airport:

From the Stansted airport, it takes approx.53mins to reach the British Museum theatre as it is 39.4miles away from M11

British Museum from and to Southend airport:

Approx. it takes 1h 10 min to reach Southend airport from the British Museum as it is 42.1miles away via A13.

British Museum from and to Luton airport:

It takes approx. 51min to reach from Luton airport, the distance from the British Museum to the Stansted airport is 34 miles away from M1.

How to reach The British Museum:

Our London Airport Transfers are providing its premium car services to British Museum from all major Airports in London including Heathrow, Gatwick, Luton, Stansted, Southend Airports. We even provide a wide range of executive cars for individual and for the business group as per the need. Our car services will be available around the clock.

Through our website, you can pre-book our airport transfer services to ensure a safe and happy journey to the British Museum to reach your destination in time.