SW1 postcode area is located in Western part of London and incorporates the areas Westminster, Belgravia and Victoria. SW1 further splits into small postcodes as SW1A, SW1E, SW1H, SW1P, SW1V, SW1W, SW1X and SW1Y. It is an area known for being the home of most iconic buildings like Buckingham Palace and Westminster Palace. 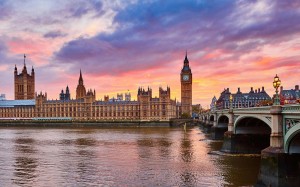 The Boundaries Curve along the Thames from Whitehall to Pimlico, around the Sloane Square and start at Kings Road and turns towards the lavish Belgravia, the Queen’s residence and the areas of St. James.

The area SW1 is dominated by the business of government and the great symbols of British greatness. The Houses of Parliament, with its Mighty Bell Big Ben, can be heard throughout Central London sounding for hours, while at the top of Whitehall. Trafalgar Square and Nelson’s Column are considered as the heart of the nation. The National Gallery is the repository of Britain’s best international art collection while Tate Britain, at the attractive riverside area of Millbank, has the best permanent exhibition of British Art in the world.

London Airport transfers are one among the best class executive car transfer services to SW1 (Westminster, Belgravia, Victoria) from Heathrow airport terminals, Gatwick airport terminals, Southend airport, Stansted airport, Luton airport and London city airport.  We are specialized in providing a comfortable and safe journey to and from all destinations in and around London.

Whether you are travelling on a business trip or for a pleasure trip, we provide our wide range of executive car services. Our services are available for 24*7 to and from Westminster, Belgravia, Victoria to all major airport terminals. To ensure a comfortable ride to SW1 pre-book our airport transfer services through our website.

The distance from Heathrow airport to Westminster via M4 and Christina terrace/A4 is 19.3miles and approx. it takes 35mins.

The distance from Gatwick airport to Westminster via M23 and A23 is 27.5 miles and approx. It takes 1hour.

The distance from Southend airport to Westminster via A13 is 42.1 miles and approx.it takes 1hour 30mins.

The distance from Stansted airport to Westminster via M11 is 40 miles and approx. It takes 1hour 5mins

The distance from Stansted airport to Westminster via M1 is 33.5 miles and approx. It takes 55mins.

The distance from Stansted airport to Westminster via A1203 and A3211 is 9.3 miles and approx. It takes 32mins.

Attractions in and around SW1

Buckingham Palace is the Queen’s official London residence and is mostly used for guests of value and organizes ceremonial and official events of Royal family. It is situated in between Hyde Park and St James Park. You can visit it during August or September when Queen makes her annual trip to Balmoral.

The most known feature of Palace is “Changing the Guard” ceremony which takes place every day of forecourt at exactly 11:30 for approx. 45mins.

House of Parliament is also known as the house of Westminster. It is open to all UK and overseas visitors. It is a meeting place for and House of Commons and House of Lords. Visitors can attend debates, watch committee hearings and tour inside the most iconic building.

Victoria palace Theatre is a west end theatre in Victoria Street. It was the last great variety house to be built in Westend. It is a successful home to large scale musicals and one of Matcham’s surviving theatre.

Westminster Abbey is a must see and lavish attraction of British history. It is 900 year old garden –the coronation church of England.  It is a place of daily worship, deploying the resources of high musical expertise, the burial place of Kings, statesmen, poets, warriors and musicians.