West Kensington is an area based in West London, which is located in the London Borough of Hammersmith and Fulham, covering some western parts of the Royal Borough of Kensington and Chelsea. It is situated at 3.4 miles (5.5 km) west of Charing Cross. West Kensington (having London postal code as W14) can also be described as the area between Brook Green and Hammersmith Road to the West. West Kensington is most popular for the Olympia Exhibition Centre that it holds and the Queen’s Club at Barons Court. 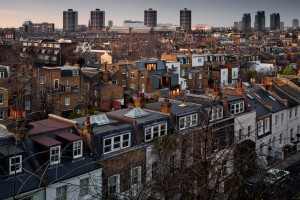 We provide executive car transfer services from London airports to West Kensington and all other places in and around London. Our premium airport transport services includes

Various routes and time required to reach West Kensington, from various London airports are as follows:

The distance between heathrow airport to west kensington via M4 route is 12.6 miles and it takes 29 mins to reach West Kensington.

The distance between the Gatwick airport to west Kensington via London Orbital Motorway is 35.2 miles and it takes approximately 60 minutes to reach there.

The distance between Stansted airport and West Kensington via London Orbital Motorway is 52.9 miles and takes approximately 1 hour and 27 minutes.

The distance between the two via London Orbital Motorway is 45.5 miles and it takes approximately 1 hour and 3 minutes.

The distance between London city airport to West Kensington is 14.1 miles and it takes 1 hour and 5 minutes.

This distance between southend airport to west kensington via London Orbital Motorway and A127 is 65.6 miles that needs 1 hour and 48 minutes.

Olympia, London (Olympia Exhibition Centre): Olympia is one of the oldest and most popular event or exhibition space in West Kensington, London. It has seen the history and journey of 130 years of various events since it was made public on 26th December 1886.

Leighton House Museum: Leighton House Museum is the former home of Victorian artist Fredric, Lord Leighton (1830-1896). It’s one of the most outstanding architectures of nineteenth century. It houses a fascinating assortment of sculptures and paintings created by Leighton and his contemporaries.

Holland Park: Holland Park is the Royal Borough’s largest park spread in the area of 22.5 hectares of garden, located in IL Chester Place, W8. It has facilities like children’s play area, sports area, cafeteria and large areas of woodland having wildlife and Ecology Centre.

There are hotels of all kinds of budgets present in the area of West Kensington. The area houses many hotels that provide basic as well as luxurious amenities. Some of the good and popular hotels are as follows: