WC1 is the second heart of the capital city, London. It covers the modern area of Bloomsbury of Central London broadening from Euston to Gray Inn and High Holborn and St Pancras along the way. On Great Russell street lies the British museum and covers many landmarks like Russell Square, Coram’s fields and Tavistock Square. Bloomsbury is also known as literary connections and taking along King Cross and St Pancras, it is surrounded by Oxford Street to the West and Leicester Square and Soho to South makes WC1 a perfect place in the middle of city life.
London WC1 is a well-known area in London with various landmarks, restaurants, hotels, shopping, office places and parking all at a premium level. 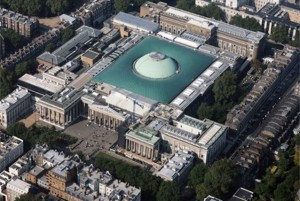 Attractions In and Around WC1

This magnificent area is home to people from all walks of life, but it is most well-known for the British Museum, students and University life. It also known for strong educational links like main library of the University of London, the Bloomsbury colleges and Royal Academy of Dramatic art.

The British Museum is one of the iconic attractions of London. It is a perfect place to experience the journey through time of civilization to present days. It displays treasures from prehistoric to modern times, the Parthenon sculptures, Egyptian Mummies and Chinese art.

Russell Square is the largest garden square near Bloomsbury in the London Borough of Camden. This red-brick and terracotta fantasy has colonnaded balconies and prancing cherubs beneath the main columns. The garden of Russell Square is opened to the public and has a very convenient cafe.

Coram’s Fields is especially for kids where adults are allowed only when accompanied by a child. It covers five acres of land that has park, playground and small menagerie. Children can happily do paddling in pool, swing on the climbing frame and paly in sandpit and adults can chill out at the café.

The Foundling Museum tells us the story of Foundling Hospital and Britian’s first home for abandoned children. It holds the collection of Foundling Hospital Art and Gerald Coke Handel. It displays the beautiful 18 century paintings, sculptures, furniture and interior designs.
Dickens House Museum is a well-designed Museum with appearance of Dickens’ time. Dickens Home Museum contains the world’s foremost collection of documentation and memorabilia related to great Novelists. It displays a video of Dickens professional success and troubles in its private life. It holds various events and programs for children and adults.